You are here: Home / Pinball

We now have 31 Pinball Machines on location!

Our selection ranges from classic 70’s and 80’s favorites to the latest games such as Toy Story 4 and Godzilla!

Cleveland Pinball League is a great social pinball to join that is fun for both seasoned competitive players, and new players alike!

Players have the option to play Sundays @ 1PM or Wednesdays @ 8PM at Superelectric Pinball Parlor, or Thursdays at 8PM here at Southland Lanes.

After a 4 year break, it’s the return of WEEKLY WIZARD, CPL’s between seasons meetup, landing on Monday nights this fall! A great way to keep your skills sharp and see all your league pals every week.

This time around we’re bouncing between Southland Lanes and Superelectric Pinball Parlor, running the Fair Strikes Knockout format. So if the commitment of a full season is too much for you, or you just need to keep your universe in balance with a weekly pinball night, come check out it!

Full details on the Facebook event page. Hit the buttons so we know how many people to expect!

Our Selfie League is a great casual league to play in, because you can play your league games for the week any time the bowling alley is open! Play on YOUR SCHEDULE! There are 6 games per week to play. Play each one, and text in a picture of your score for credit. We wrap up after 8 weeks with finals and cash payouts! 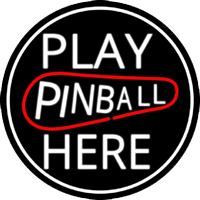